The final of the Team Handicap for the Pat Archdale Cup was played at Blaenavon Table Tennis Club between Blaenavon Aces and Blaenavon Bulldogs. A good crowd of supporters turned out to watch this match between the local club rivals. As is usual in this competition the number of points (team handicap) awarded to a side is not revealed until completion of match. As expected the match was very competitive throughout with a high standard of table tennis being played. The match score before the handicap was added was the Aces 295 and Bulldogs 214, however, when the points handicap of 90.5 was added to the Bulldogs score the final result was a 304.5 to 295 win for the Bulldogs. Congratulations to the Blaenavon Bulldogs squad of Jack Freegard, Bethany Brewer, Joseph Hill and Callum Hunt and commiserations to the Aces team of Mathew Pearce, Ben Pearce and Ben Allen. 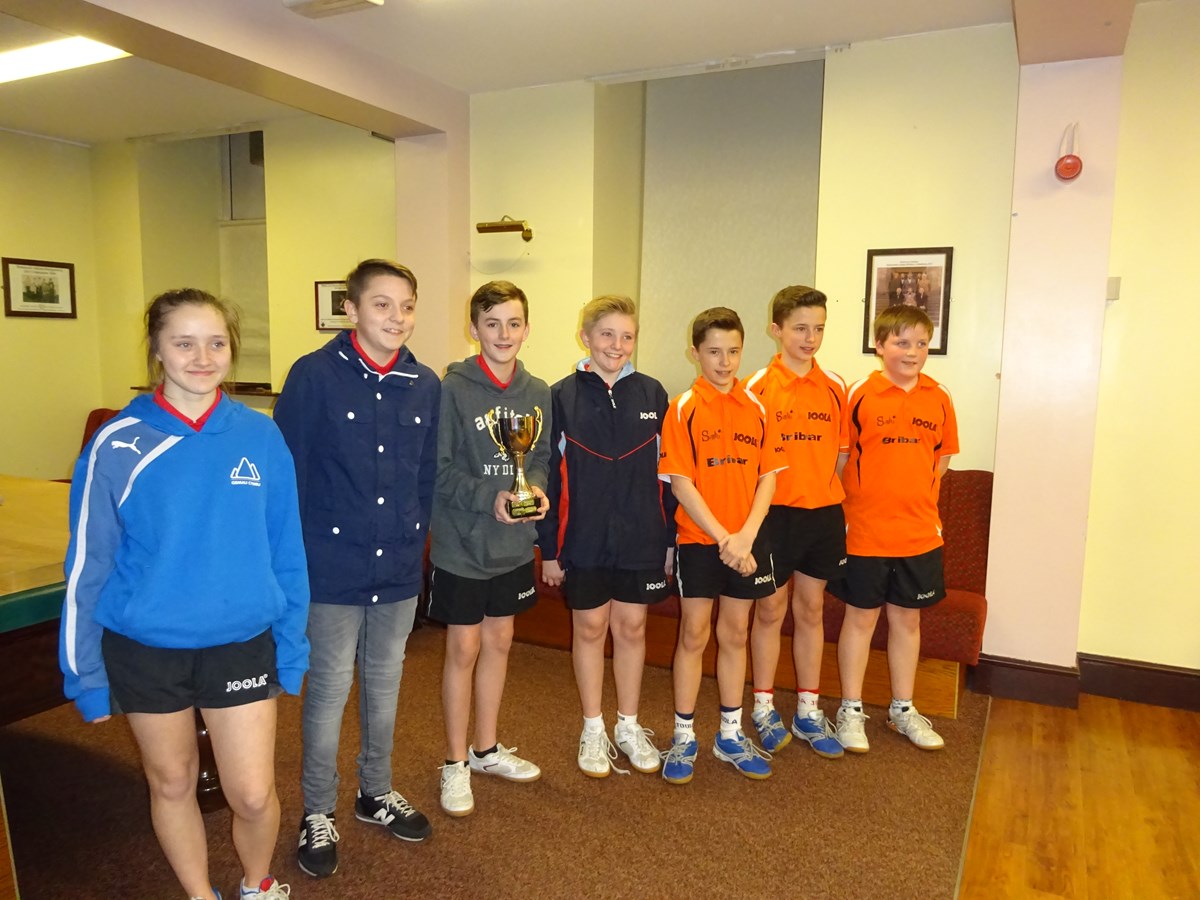